So the whole point of this exercise is to break down the clean and jerk exercise into it’s base components in order to create safe and effective technique for one of the most important power lifts in the world. This will be a more informative workout of the week, but I will put a more streamlined version at the end of this post.

First, an example of a clean and jerk:

So the Clean and jerk involves a lot of muscles, but it can be broken down into 3 main movements:

The Swing, The Catch, and the jerk

The swing is the initial movement that begins the exercise. It starts the momentum of the weight and is the driving force behind the “clean” portion of the clean and jerk. The main muscles involved in this exercise are going to be the triple extensors, a combination of quads, hamstrings, glutes, and calves, which will create an extension in the legs similar to the active portion of the squat. An active way to train these muscles is with a squat and a kettlebell swing, with the kettlebell swing being very similar to initial swing of the clean and jerk.

The next movement is the catch, which is the transition between the swing and the final moment of the clean portion before the jerk.

The transition between the swing to the catch involves some smaller shoulder muscles to get into the front squat position, but also the triple extensors again to transition to the end of the clean with a front squat.

The final movement is the jerk, which is essentially split jerk on its own. This will involved a shoulder press and a quick lunge followed shortly by returning to a standing position with the weight still above your head.

Important cues to remember with a clean and jerk:

Keep your chest up: during the initial swing and throughout the exercise, the chest should be “proud” and sticking out

Eyes Up: Try to keep your focus in front of you rather than on the weight

Butt out: You want your squat-like movements to involve a straight back with no rounding, so along with keeping your chest up, your hips should be sticking out just like a squat

So a breakdown workout before you begin to practice a clean and jerk would be the following:

Before You Attempt a Clean and Jerk for the first time: FIND A STAFF MEMBER. We are all trained and educated on correct form, and we will be able to check your technique before you begin moving on to heavy weights. This reduces risk of injury, and ensures that you are lifting at your best. We can also explain the exercise much better in person than I can over a blog post.

Once again: If you have any questions on technique, ask any staff member, and they will be able to assist you. 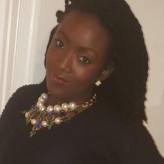