Fitness trackers are everywhere! Fitbit, Apple watch, Garmin, the number of different brands and types of fitness trackers is insane! There are some awesome benefits to these trackers, but there are also some downsides to the trackers that are important to know whether you already have one or are looking into purchasing one. Let’s start with the good stuff!

Fitness trackers are great if you are the type of person that is motivated by a challenge and setting mini goals for yourself or against friends or coworkers. They allow you to set goals each day for a step count or active minutes. You can also set them to remind you to move every hour which is probably one of my favorite features. When you are sitting at your desk during the work day, whether it’s at home or in the office, it becomes very easy to sit there without getting up for hours. Having that little tracker go off to remind you to stand up and walk around just for a couple minutes is very helpful.

Now for some of the downsides to fitness trackers. The biggest downside in my opinion is the accuracy. If you are serious about tracking the amount of calories you’re burning in a day, the estimate on the fitness tracker is just that, an estimate. Everyone’s body is so unique when it comes to burning calories that a tracker on your wrist will most likely not give you an accurate number. The same goes for distance. I will say that there are trackers that are better than others for measuring distance. As a runner and someone who has used both, I find that the Garmin watches are much more accurate for tracking distance than the Fitbit. From what I have heard from other runners, the Apple watch is not as accurate when it comes to distance either. The final downside of any fitness tracker that I have found is that it will not count steps if you are pushing something, whether that is a cart or a stroller or anything with wheels. Since your arms aren’t swinging, the trackers typically will not count those steps. For some this might not be a major issue, but if you are a parent who walks with your child in a stroller frequently or maybe you are an Instacart shopper who pushes carts around more often than most, your tracker could be missing a lot of your steps. In conclusion, there are good sides and down sides to the fitness trackers. If you use one or decide to purchase one, I would keep in mind that it’s not going to be 100% accurate, and it should be used to give you a general idea of how much you are moving and burning rather than the exact amount of steps taken and calories burned. 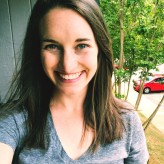